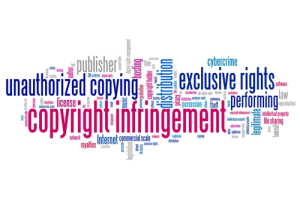 Federal courts, unlike many state courts, do not have a “small claims” division.[2] Consequently, even a low-value copyright infringement claim is processed using the same rules as a multi-billion dollar commercial dispute. The cost of prosecuting a low-value copyright action may be more than the rightsholder can expect to receive in damages.

It is true that § 505 of the Copyright Act permits the court, in its discretion, to award a prevailing party his costs and attorney’s fees, but the key word is “discretion.” The court is not obligated to make such an award at all, or to make an award equal to the winner’s actual expenses. Though you may be lucky, it is quite risky to depend on an anticipated damages award. For the same reason, an attorney willing to work on a contingent fee basis – that is, to take a smaller hourly fee, or no fee at all, in exchange for a share of any proceeds – may be hard to find for a low-value claim.

So are low-value claims simply an example of rights without effective remedies? Yes and no. If the infringement is not part of a larger pattern or practice by the infringer – that is, if the infringer isn’t similarly and systematically infringing other works as well – then, yes, the cure may, financially speaking, be worse than the disease.

By doing so, the representative plaintiff can now make his low-value claim – as a stand-in for thousands of similar claims – far more attractive to a contingent fee attorney. While a single low-value claim is too cost-inefficient, a consolidation of thousands of such claims holds the possibility of a high-value judgment or settlement. In addition, the representative plaintiff, in recognition of his initiative and the inconveniences attendant on litigation, may receive an additional “incentive award” from the class award, to encourage rightsholders with such low-value claims to prosecute them on behalf of an injured class.

In a future post, we will discuss the requirements a court considers in class certification, the process of determining whether a class exists, whether the representative plaintiff is typical of the class members, and whether litigation by a class is the most practical way to achieve justice.

[2] The U.S. Copyright Office has proposed the creation of a voluntary “small claims” process for copyright claims as an alternative to federal court litigation, but to date, it has not been enacted.