{5:24 minutes to read} In a prior post, I mentioned that in September 2013, the U.S. Copyright Office had proposed a 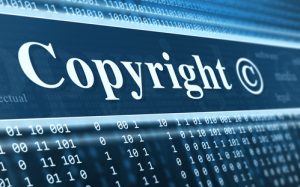 copyright small claims court as an alternative to full-blown civil litigation. Almost three years later, the Copyright Office’s proposal has moved onto the legislative agenda as a bill (H.R. 5757) in the House of Representatives sponsored by Rep. Hakeem Jeffries (D-NY).

H.R. 5757 largely follows the guidelines recommended by the Copyright Office. It would establish an optional, alternative forum for copyright infringement claims, employing a streamlined procedure and a cap on damages set at $15,000 per work infringed and $30,000 per action (for actions including more than one infringed work). The award of costs and attorney’s fees permitted under the Copyright Act would not be allowed except in cases of bad faith, and even then capped at $5,000.