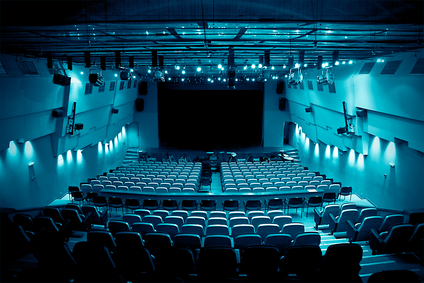 “On entering an opera or concert hall in Paris you come face to face with a long counter, presided over by three gentlemanly-looking individuals in evening dress, to whom your ticket is given, they replacing it with another, by which you are seated.”
— New York Musical Courier, Oct. 1894.

{4:06 minutes to read} Two of these Parisian gentlemen were representatives of two different French performing rights societies (PROs). (The third, incidentally, was a representative of the Parisian public hospital system, which was then supported by a performance tax.) “Each,” as the Courier explained, was present “to figure his receipts for the day.”

As discussed in my last blog post, among the exclusive rights accorded to copyright holders is the right to perform their works publicly. In the context of music, that generally means that any time a piece of music is played in public, whether live or from a recording, that performance must be licensed by the relevant copyright holders. Since such licenses would be hopelessly impractical to obtain individually, most artists and venues obtain blanket public performance licenses from musical PROs.

The two gentlemen at the long counter in Paris represented, respectively, the PRO collecting for dramatic performance (now SACD) and the PRO collecting for non-dramatic performance (now SACEM). In practice, a nominally “dramatic” production might require licenses from both PROs:  the production itself licensed by the “grands droits” PRO and any incidental music – played by the orchestra during intermissions or while the patrons seated themselves – licensed by the “petits droits” PRO.

It is probably worth pointing out that the description of French practice quoted above was used by the British trade press as an example of the “strange continental practices” which Britain should avoid.* While Britain did ultimately form a musical PRO for non-dramatic performances (PRS), “dramatic” musical rights are generally accorded to theatrical licensing agents in the UK, the US and the Anglophone world in general. These agents, of whom the best known is perhaps Samuel French (Samuel French Inc. in the US; Samuel French Ltd. in the UK), directly license theatrical performances of plays, both musical and non-musical, as agents for the rights holders.

Not sure which rights you should be licensing? Please give us a call. We would be happy to help you clear up the confusion.