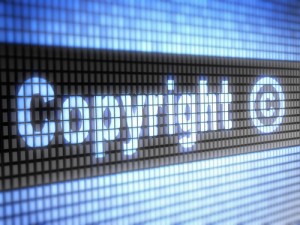 {4:48 minutes to read} As discussed in the last post, terminating a transfer of copyright is far more technically complicated than one might expect. This blog continues that discussion by outlining who can terminate and when.

Only a limited set of people can terminate a transfer:

The first and third instances are fairly straightforward. Trouble arises most frequently in the second instance. The arithmetic required to determine the authority to effect termination appears deceptively simple, but can result in highly convoluted combinations of widow(er)s, children and grandchildren. The details of particular cases are beyond the scope of this post, but speaking broadly:

Where there is more than one author of a work, the arithmetic becomes more complicated still. In that case, a majority of the authors—or where authors have died, their heirs acting in their place—must agree to terminate.

When can the termination right be exercised?

The original 1976 Act provided for a single termination window. Transfers executed before 1978 can be terminated during a 5-year period beginning on the later of (i) 56 years after copyright was originally secured (under the earlier 1909 Copyright Act) or (ii) January 1, 1978.

At this stage, as a practical matter, only item (i) still concerns us: the 56-year period. As I write this in 2016, transfers of works created (and, generally speaking, registered) between 1950 and 1955 are subject to termination. Post-1978 transfers can be terminated during a 5-year period beginning 35 years after the transfer was made.

However, when Congress extended the term of copyright by 20 years in 1998, it added a second termination window for pre-1978 transfers. Provided that (i) the first window had closed by 1998, and (ii) the author and/or his heirs had not exercised their termination right during that first window, termination rights could now be exercised during a second 5-year window beginning 75 years after the work was created and registered. In 2016, transfers of works dating from 1936 to 1941 are thus subject to termination.

Yet Another Flaming Hoop

As if the math wasn’t already complicated enough, there is yet another flaming hoop to jump through before a transfer may be terminated. The author (or his heirs) must give written notice to the transferee (again, usually a production company) at least 2 years—but not more than 10 years—before the date of termination, and record that notice with the Copyright Office. In other words, with regard to my examples above, though transfers of works dating from 1936-37 and 1955-56 may be terminated in 2016, notice of intent to terminate in 2016 had to have already been served during the period 2006-2014, and that notice fastidiously recorded with the Copyright Office. If not, the termination right is already lost.