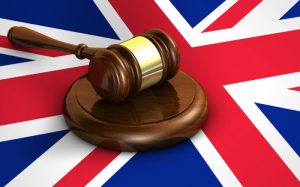 {4:18 minutes to read} In a prior post, Termination of Transfer – Part 1, I talked about Congress’s implementation of a two-term copyright structure, of 28 years each, in the US Copyright Act of 1909 (the act which governs copyright in works dated before 1978). The stated purpose was to permit authors a “second bite at the apple,” whereby they could profit anew from the exploitation of their works once the first term expired. As noted in that post, the structure failed to achieve its purpose.

However, while Congress went out of its way to justify its 1909 Act structure, the structure certainly wasn’t novel. It was, in fact, the same structure that had been used in prior American copyright acts, and it can be traced back ultimately to the Statute of Anne, [1] the 1709 British statute celebrated as the forebear of modern copyright legislation in the English-speaking world.

The Statute of Anne granted authors two terms of 14 years each, provided the author was still alive at the expiration of the first term. Not surprisingly, in passing the first US copyright statute in 1790, the US followed the model of the Statute of Anne, still then in force in Britain. That structure was retained in all subsequent US copyright legislation until the current 1976 Act.

Meanwhile, Britain abandoned it in 1814, [2] and for the rest of the nineteenth century, authors enjoyed no “second bite at the apple” under British law. In 1911, however, Parliament reversed course and passed the Imperial Copyright Act 1911, [3] which included a different approach. The 1911 Act which, as the name suggests, reached far beyond the British Isles, set the term of copyright at the life of the author, plus 50 years. In addition, it cut off any assignment or license which would otherwise have extended more than 25 years past the author’s death. At that date, the remaining 25 years of copyright reverted to the author’s heirs. [4]

What is remarkable about the 1911 Act’s reversion approach is that it is automatic. As readers of my earlier posts – Termination of Transfer Part 2 and Termination of Transfer Part 2 Cont’d – will recall, the American 1976 Act throws up a number of “flaming hoops” an author or his heirs must clear in order to terminate prior transfers. The Imperial Copyright Act 1911 approach avoids all of that; an author’s heirs simply receive an automatic reversion of the rights.

In Britain, this approach was abandoned again with the passage of the Copyright Act 1956 [5] but—such is the legacy of the British Empire—it persisted long after in a number of former colonial possessions, including, among others, Australia, Hong Kong, and Jamaica; it persists still in Canada. [6]

While most of the Commonwealth territories have now dispensed with the reversionary right, it applies still to older works. In Hong Kong, for example, it applies to works first assigned before December 12, 1972. [7] In Australia, it applies to works created before May 1, 1969. [8] Consequently, authors’ heirs should be aware that in certain territories, they may be, or may soon become, owners of copyrights they believed had been assigned.

If you are an heir to an older work, I urge you to contact the Law Offices of Joshua Graubart, P.C. to determine whether works may have reverted to you in certain territories as a legacy of the Imperial Copyright Act 1911.