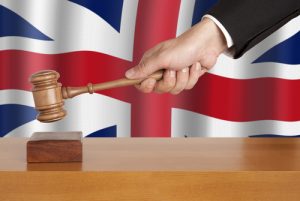 Legislators have taken different approaches to this problem, but the usual solutions involve some sort of reversion of rights to the creator after a certain period. Prior U.S. Copyright Acts, including the 1909 Act, created a second copyright term, but its purpose was largely defeated when courts upheld agreements with production companies, under which the creator granted both terms of copyright at the outset. The subsequent U.S. 1976 Act (currently in force) created – in sections 203 and 304 – a right of the creator (or certain of his/her heirs) to terminate a prior grant during a short window many years later. [1] Importantly, the 1976 Act provides that “termination … may be effected notwithstanding any agreement to the contrary.” (17 U.S.C. §§ 203 (a) (5), 304 (c) (5).) [2]

A few months ago, however, this provision collided with English contract law, and lost. In Gloucester Place Music, Ltd. v. Le Bon, et al., the members of the 1980s pop group Duran Duran exercised their termination rights under section 203 of the U.S. 1976 Act, seeking to recover the American copyrights in a number of their hit musical compositions from their publisher, Gloucester Place Music, a U.K. entity. Gloucester Place sought a declaration in the English courts that its publishing agreements with the several members of Duran Duran (the “Defendants”) prohibited their exercise of the termination right under section 203.

The publishing agreements, which were executed in 1980, granted to Gloucester Place “the entire copyrights and all such other rights [including rights conferred by the laws of any territory] in the said works … absolutely free from the adverse claims of any third party …” The Defendants argued that this contractual language did not bar their exercise of their section 203 termination rights, and that in any event, the “notwithstanding any agreement to the contrary” language in section 203 should prevent the English courts from enforcing the publishing agreements to preclude the Defendant’s exercise of their section 203 termination rights.

Mr. Justice Arnold held – though, in his words, “not without hesitation” – that by exercising termination rights under section 203, the Defendants had breached their contracts with Gloucester Place. He noted that under English common law, “whether, and to what extent, title to copyright is assignable depends on the law under which that copyright” is claimed. He continued, “If … [copyright] is assignable under [American law], the question of whether, and to what extent, title has in fact been assigned by an agreement governed by English law depends on the effect of the agreement applying English law.”

Arnold, J. proceeded to consider U.S. law, but notes that foreign (i.e., non-English) law must be considered as a matter of fact rather than of law, and that no evidence had been introduced as to the American copyright law at the time the publishing agreements were executed. Accordingly, he declined to consider the argument that US law would, in fact, bar enforcement of the publishing agreements. He noted that “English courts will not enforce a contract the performance of which would be unlawful in its place of performance,” but found that the Defendant’s counsel had not invoked that principle.

In other words, the outcome may well have been different had the Defendant’s lawyers proffered evidence of U.S. law, rather than merely stating their interpretation without supporting evidence, or if they had argued that the “place of performance” of the publishing agreements with respect to U.S. copyrights would be the United States, not the U.K.

Arnold, J. has granted the Defendants leave to appeal the decision.[3] Meanwhile, Paul McCartney, apparently anticipating trouble, has brought suit in the U.S. seeking a declaration that termination notices sent to his and the late John Lennon’s publisher, Sony/ATV, are valid. Sony/ATV, for its part, has not responded to the notices, and seems to be attempting to seek dismissal of the U.S. suit, potentially hoping it can shift the forum of any fight to the English courts, in hope of a more favorable result.[4]

Helene Freeman argues that, unlike the Duran Duran plaintiffs, McCartney has a better set of facts on his side: when he and Lennon assigned copyrights to publishers in the 1960s and early 1970s, the termination of transfer rights granted by the 1976 Act did not yet exist. How, then, could McCartney and Lennon have transferred to their publishers’ rights which they did not then have? [5] In an interesting potential twist, Anna Blest has noted that the appearance on the horizon of the proposed European Union Digital Single Market directive may change the context of this argument. The proposed Single Market Directive includes a provision (Article 15) requiring member states (including, for the time being, the U.K.) [6] to allow for an opportunity for creators to seek to adjust copyright grant contracts to obtain additional payment when the terms of the original contract produce “disproportionately low” payment to the creator.

[1] See Termination of Transfer Part 2: Clearing the Flaming Hoops and Termination of Transfer Part 2, Contd – Clearing the Flaming Hoops.
[2] As previously discussed in detail before (see Termination Rights, Part 3: The British Commonwealth the U.K. has attempted similar measures. The 1709 Statute of Anne, widely regarded as the first modern copyright statute, included two copyright terms; it was the model for the first U.S. Act of 1790. The Imperial Copyright Act 1911 – when the British Empire reallywas the British Empire – dispensed with the two-term structure and introduced an automatic reversion of the final 25 years of the term to his/her heirs. The U.K. discarded this reversion with the Copyright Act 1956, but it persisted, and still persists, elsewhere in the Commonwealth.
[3] See, e.g.Duran Duran to renew legal battle over US song rights THE GUARDIAN Feb. 3, 2017.
[4] Complaint, McCartney v. Sony/ATV Music Publishing LLC et al., 1:17-cv-00363-ER (S.D.N.Y., January 18, 2017).
[5] See Helene Freeman, Duran Duran Case Shouldn’t Affect Paul McCartney Contracts LAW 360.COM, January 30, 2017. There is an argument — albeit, I think, a weak one — that Freeman is wrong. In Penguin Group (U.S.A.), Inc. v. Steinbeck, 537 F.3d 193, 202-03 (2d Cir. 2008), the Second Circuit Court of Appeals held that an agreement that “had the effect of eliminating termination rights that did not yet exist” was not an agreement contrary to section 304 of the 1976 Act. One might therefore argue that McCartney’s and Lennon’s pre-1976 Act publishing agreements, to the extent they may include language substantially similar to that in the publishing agreements at issue in the Gloucester Place case, are not agreements contrary to section 304, because they have the effect of precluding termination rights that did not exist at the time the agreements were executed. However, the agreement at issue in the Steinbeck case was a 1994 agreement terminating and replacing a 1938 agreement; the Court held, and I agree, that that 1994 agreement was effectively an exercise of the heirs’ section 304 termination rights, and couldn’t be disregarded by a later generation of heirs as an agreement contrary to section 304.
[6] Although the Brexit process may yet remove the U.K. from the E.U. market, there is still a potential for U.K. adherence to E.U. market rules in connection with its future trade relationship with the E.U.