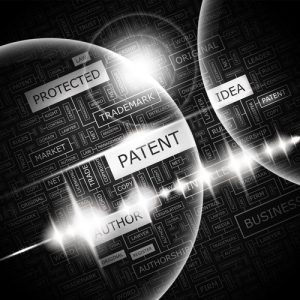 {3:06 minutes to read} As discussed previously, in the United States, copyright and patent law are explicitly anticipated in Article I, section 8, clause 8 of the U.S. Constitution, which accords to Congress the power “to promote the progress of science and useful arts, by securing for limited times to authors and inventors the exclusive right to their respective writings and discoveries.”

While we often conceive of patentable subject matter as purely that of functional inventions (the “utility patent”), the Patent Act includes a separate class of patents for inventions that are “new, original and ornamental, the “design patent.”[3] Provided the design is “primarily ornamental” rather than “primarily functional,” it is protectable under the Patent Act. Design patents have been issued for the soles of running shoes, motel rooms that look like teepees, and the Statue of Liberty.

However, the fact that a design qualifies for a patent does not mean it is not a work of sculptural or graphic art qualifying also for copyright protection. Famously (among copyright lawyers), a matched pair of table lamps were the subject of a landmark U.S. Supreme Court case, Mazer v. Stein [4] There, the defendant argued that plaintiff’s ceramic lamp bases, which were shaped like male and female dancers, were not subject to copyright, because, in essence, they weren’t works of fine art, but rather were functional. Plaintiff argued that – whether or not the ceramic statuettes served as lamp bases or were displayed on plinths as objets d’art – they were sculptural works and entitled to copyright protection. The court sided with the plaintiff, finding that the lamp bases in question were in fact subject to copyright protection.

In a later post, I’ll address subsequent developments in copyrights and design.

[1] This interpretation has been expressed by the Supreme Court and lower courts, and by scholars. For a summary of sources, see Ned Snow, The Meaning of Science in the Copyright Clause, 2013 BYU L. REV. 259, 261 n.3 & n.5 (2013), available in PDF here. Snow, incidentally, disagrees with this prevailing interpretation of “science.”

[2] Solely with respect to the commonly accepted meaning of “useful arts” in the Constitution, see, e.g. Malla Pollack, What Is Congress Supposed to Promote?: Defining “Progress” in Article I, Section 8, Clause 8 of the United States Constitution, or Introducing the Progress Clause, 80 NEB. L. REV. 754, 756 (2002).