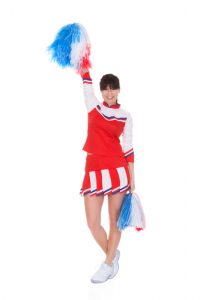 {4:12 minutes to read}  In a prior post, I discussed Wal-Mart Stores, Inc. v. Samara Bros., Inc.,[1] in which the Supreme Court determined that aesthetic features of a product could not be protected under the trade dress rubric. In that case, the products at issue were children’s clothes, and the Court suggested that rather than rely on trade dress, the designer should instead rely on protection by copyright or design patent.

The Copyright Act requires that

“the design of a useful article, as defined in this section, shall be considered a [protectible] pictorial, graphic, or sculptural work only if, and only to the extent that, such design incorporates pictorial, graphic, or sculptural features that can be identified separately from, and are capable of existing independently of, the utilitarian aspects of the article.”[5]

The borderline between “pictorial, graphic, or sculptural” aspects, on the one hand, and “utilitarian” aspects, on the other, has always been porous, however, and perhaps nowhere more than in connection with clothing. In 1980, for example, the Second Circuit Court of Appeal described its situation in determining whether a distinctively designed belt buckle contained sculptural elements “conceptually separate” from its functional elements as a simple fastener as walking “a razor’s edge.” [6]

How a court should determine “separateness” of a garment’s features has been the subject of much speculation over the forty years since the current Copyright Act has been in force, and a number of appellate circuits — and separately, a number of scholars — have proposed different tests. Last year, the Supreme Court finally weighed in on these various tests and swept them away in favor of its own.

In Star Athletica, LLC v. Varsity Brands, Inc.,[7] the Court considered similar cheerleading uniforms produced by competing manufacturers, each featuring combinations of lines, stripes, and chevrons. Asked in essence whether the arrangements of these stripes and chevrons were separable from the uniforms and thus protectible, the majority (voiced primarily by Justice Thomas) answered that since such an arrangement could be envisioned on a non-utilitarian surface — say, a painter’s canvas — the arrangement was therefore separable from the useful article (i.e., the uniforms).

Star Athletica has produced a lot of heat, but not much light. While the majority’s analysis is simple, the dissent (voiced by Justice Breyer) points out its primary problem: the arrangement of lines, stripes, and chevrons on the cheerleading dresses at issue is intrinsically linked to the form of the dresses. Were the plaintiff’s arrangement of shapes, as the majority suggests, laid out on a painter’s canvas — or at any rate, a canvas not shaped like a dress — they would be “plainly unoriginal.” [8] Any claim to originality comes from the stripes’ and chevrons’ deployment at the necklines, waistlines, skirts and sleeves of a cheerleading uniform. If so, how can the design be separable from the useful article? It is likely that lower courts in the future will wrestle with this question again.

Another Aspect of Design: Trade Dress
Scroll to top